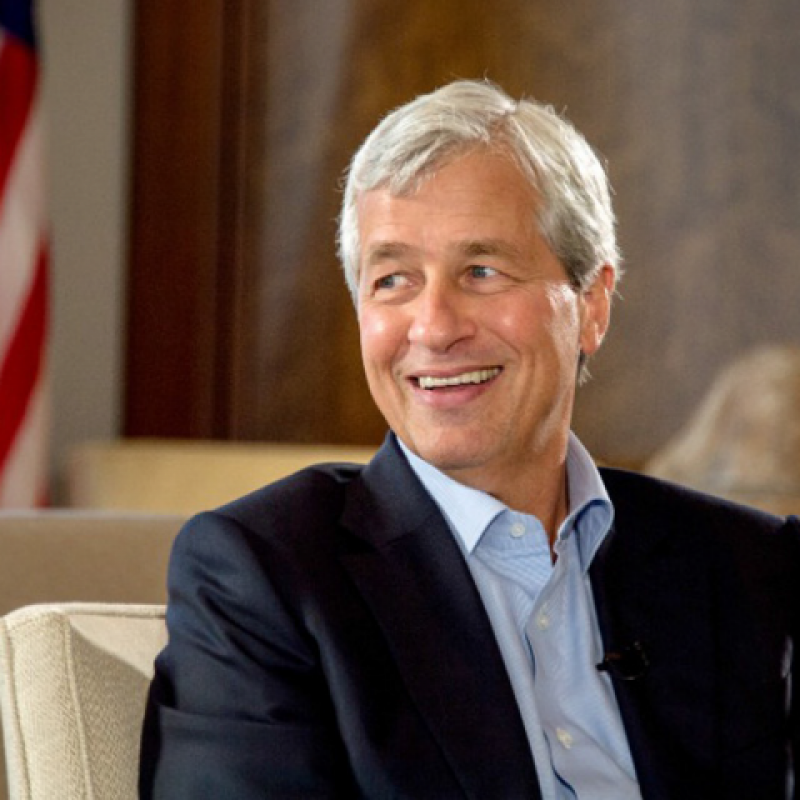 Dimon became CEO on January 1, 2006 and one year later also became Chairman of the Board.  He was named President and Chief Operating Officer upon the company’s merger with Bank One Corporation on July 1, 2004. Dimon joined Bank One as Chairman and CEO in 2000.

Dimon began his career at American Express Company.  Next, he served as Chief Financial Officer and then President at Commercial Credit, which made numerous acquisitions and divestitures, including acquiring Primerica Corporation in 1987 and The Travelers Corporation in 1993. Dimon served as President and Chief Operating Officer of Travelers from 1990 through 1998 while concurrently serving as Chief Operating Officer of its Smith Barney Inc. subsidiary before becoming co-Chairman and Co-CEO of the combined brokerage following the 1997 merger of Smith Barney and Salomon Brothers.  In 1998, Dimon was named President of Citigroup Inc., the global financial services company formed by the combination of Travelers Group and Citicorp.

Dimon earned his bachelors degree from Tufts University and holds an MBA from Harvard Business School. He serves on the boards of directors of a number of non-profit institutions including the Clearing House and Harvard Business School. Additionally, he is the Chairman of the Business Roundtable and serves on the executive committee of the Business Council and the Partnership for New York City, and is a member of the Financial Services Forum, Financial Services Roundtable and Council on Foreign Relations.